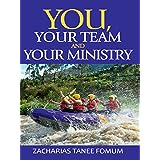 If our sisters who are married to unbelievers knew God and communicated Him, their unbelieving husbands will not complain any more.

When a woman of prayer is hard to live with, then prayer has not produced life in the woman.

A miserable face is not spirituality. A man could be sanctimonious but not sanctified.

You meet a long faced man; you meet something of a demonised being. He could be full of anything else but God.

Man, what do you produce when you get home? Is it the aroma of God? A man who is always stern, has a deep spiritual problem. It cannot talk of spiritual health; far from it. Perhaps he is a Buddhist, not a Christian.

When a man has put on the fruit of the Spirit, then he can add sacrificial giving, prayer etc.. Each new point of growth does not call for a neglect of the former. The prayer life that makes a man hard and miserable is not Christian. The Pharisees lacked the fruit of the Holy Spirit but had sacrifice, tithing etc.. Religion is something else if built without the foundation of character as seen in the fruit of the Spirit. Here lies the heart of the matter.

The story is told of an evangelist who could preach like an angel, but was twice as wicked as the devil. How tragic! If a man says he cannot or does not love his wife because she is carnal, then he has missed the foundation. If a man will not love a carnal wife, can he love his enemies as the Bible commands? Love is being to the partner what Jesus would have been to him or her. To be otherwise is no love.

No one is called directly into the Lord’s service. The disciples were called first to be with Jesus (to learn from him and put on character ) before being sent.

If a man will not pass the test of marriage by failing to care and keep a harmonious marriage, he is not qualified to lead the people of God. What finally keeps people besides a man is character. If a man does not love his wife, he has just decided to be an enemy of God.

THE HUSBAND, QUALIFIED FOR LEADERSHIP

We have to confront a mistake that we have made from the beginning, to call men to Christian leadership before we are assured that the men have succeeded at home. Success at home with a man’s wife and children is not to be negotiated. It is a condition for spiritual leadership.

The enemy has deceived many to think that they can serve God acceptably with a horrible character. Some people have been so deceived as to justify evil character.

Until people see that they are cut off from God, evidence being their lack of love, joy, peace, patience, kindness, goodness, gentleness, faithfulness and self- control, they have missed it all.

IT ALL DEPENDS ON YOU

The things that we have not done away with are there because we have wanted them. Every person has paid the price for what he wants to put away or wants to have. You love the person you want to love. You are who you want to be. You commit the sins you want to commit. Actually, you are bound in the bondage that you like. There is a choice between that which is gained and that which is lost.

When that man saw the pearl of great price, he sold all that he had and bought it. Let us say that we do not want it, and then we will be honest. When a man hardens his heart, his mind becomes more and more darkened.

What men need is not much counselling. The more you talk with a person, the more new problems, arise to be spoken about and finally the essential thing is drowned. This leaves the man confused and more dead than before. Men generally know what to do in obedience to God. What we call counselling is actually a watering down of the word of God, of His demands and of His convictions. May such wickedness be stopped. May the counsellors take a fasting in speech. Let there be a fast from seeing people, etc..